Do you worry more about bad breath and bleeding gums? It might be an early sign of a gum disease.

Gum diseases are more common nowadays affecting almost 50% of the population. As age advances, the symptoms can get worse, affecting the overall dental health including tooth loss. It starts when the bacteria accumulate around your teeth and gums. When food film gets trapped, it can form a sticky substance, called plaque, which is difficult to remove. Plaque stays in place, reacting with bacteria to form tartar, that needs special dental tools for removal. Once tartar has formed, it can possibly result in gum inflammation and infection.

– Bleeding gums while brushing and flossing

– Redness and swelling of gums

– Mild tenderness of the gums

Presence of any of these signs can be the beginning of a gum disease. If left untreated, it can lead to periodontal problems. Even after proper hygiene measures, those who suffer from other ailments like diabetes are more likely to get gum inflammation. The better way to detect gum diseases in the early stages are routine dental check-ups. A regular cleaning of the mouth once in every six months will remove the tartar and stains accumulated in your teeth. It is vital that you recognize the early symptoms and get treated before worsening. At Kamala Dental Hospital, we offer a multidisciplinary approach with modern techniques including laser treatment for gum diseases. 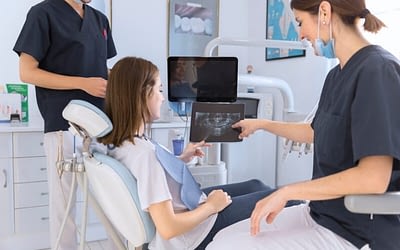 WHY YOU NEED A DENTAL CHECKUP EVERY SIX MONTHS?

Have you scheduled an appointment with your dentist? NO? If not, you should and here are the reasons. If you are determined to keep good health, then you must get your oral health too checked. As the mouth remains the first entity where any systemic deterioration...

IS OLD AGE A BARRIER FOR ANY DENTAL TREATMENTS?

Is old age a barrier for any dental treatments?   Gone are those days where adult age i.e., 65 years or older can be considered as a factor for risks involving dental procedures. Today, the medical industry and dental technology has made it compatible and easier...