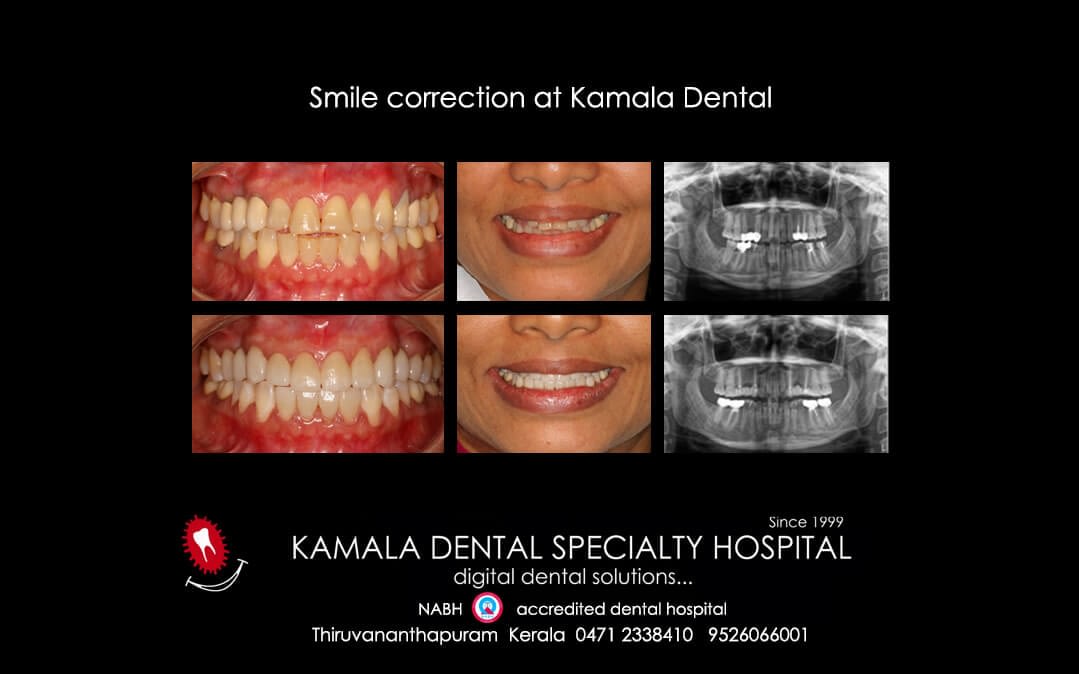 Corrective dentistry, Smile Correction and Dental treatment done at Kamala Dental to overcome the chewing difficulty and loss of Confidence –  A full mouth rehabilitation done through the advanced laser treatments, digital protocols and metal free ceramic crowns. Patient regained chewing ability and confidence in smile that is what she wanted at her age.

We deliver what we promised – TEAM KAMALA DENTAL

IS OLD AGE A BARRIER FOR ANY DENTAL TREATMENTS?

Is old age a barrier for any dental treatments?   Gone are those days where adult age i.e., 65 years or older can be considered as a factor for risks involving dental procedures. Today, the medical industry and dental technology has made it compatible and easier...

The most advanced dental implant placement procedure done by the keyhole protocol  -By Dr. Segin Chandran Do you have a missing tooth and your dentist advised a replacement?  Avoid reshaping your adjacent teeth for replacing a new tooth!  Let's preserve what is...